In the 1950's, with the post war economy booming in the UK and Europe, package holidays became all the rage. In Corfu, The Club Med opened and in the following years, tourists flooded in to enjoy the sunshine and beaches. Facilities for tourism on the island were rudimentary to start with, including the straw roofed cabins of the Club Med!

The White House was now a cafenion selling coffee and drinks to locals and visitors. With the pre-war extra storey and a covered verandah on the side, The White House had ample space to cater to the new influx of visitors.

The White House had the only phone in the area and villagers would visit to make paid calls.

Electricity and TV also reached all of the island, changing life forever.

In 1956, the first ever female mayor in Greece, Maria Kapodistria, was elected in Corfu.

In the same year, Gerald Durrell published “My Family and Other Animals”, about his childhood on the island. The book was hugely popular and the Durrell Family and Corfu became connected forever.

More visitors were drawn in over the next few decades as mass tourism swept through Greece. 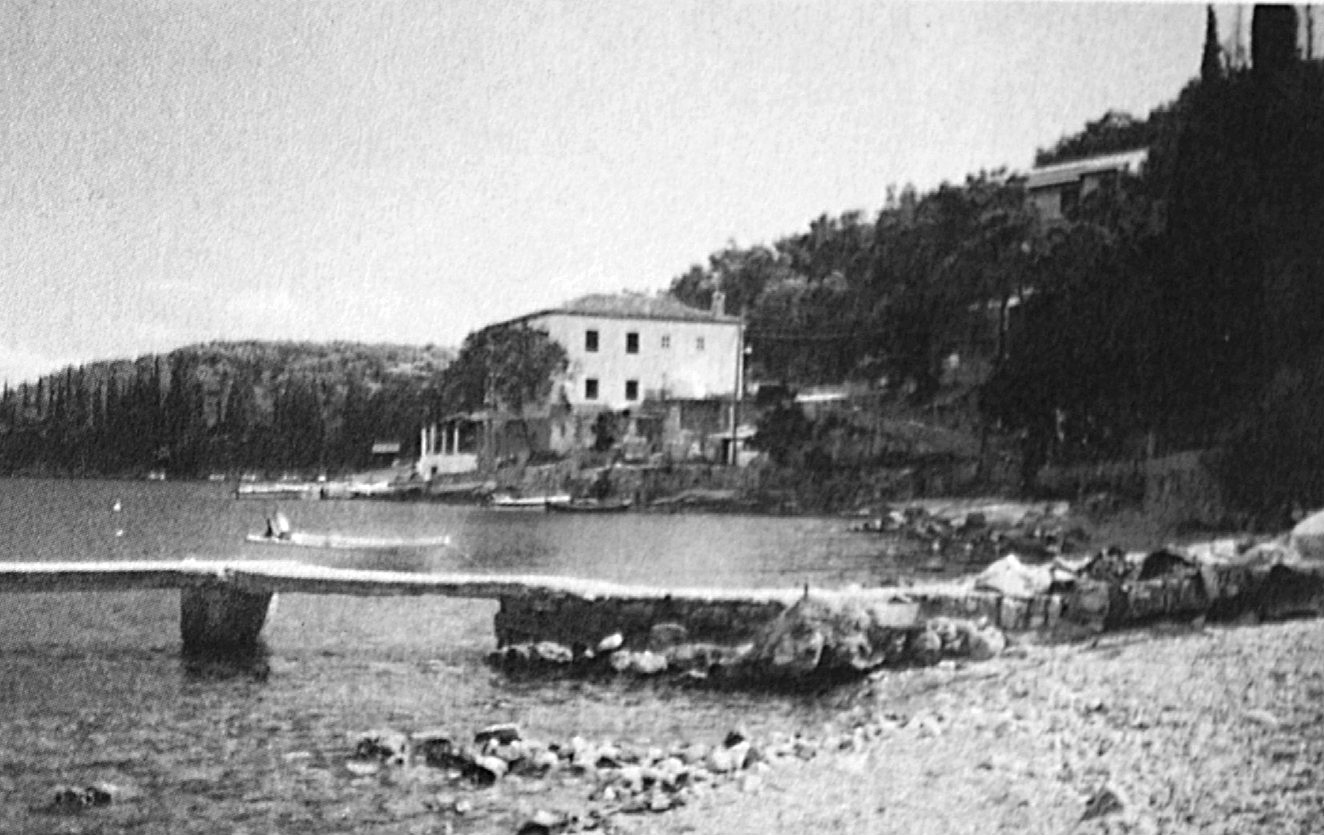 In 1970, The White House had become a simple taverna with guest rooms, now run by Tassos’s grown-up son, Giorgos and his family.

Giorgos had completed his national service in the navy on the naval ship Hefaistos.

Giorgos had named his eldest son Tassos, after his own father, who had been born at the White House.

The family began to notice a growing interest in Corfu and the White House from travellers who had read the books of Lawrence and Gerald Durrell.

The year 1972 saw the first charter flights into Corfu Airport and the development of big, multi-storied hotels began.

Luckily, laws were quickly introduced to restrict the height of new buildings so that Corfu didn’t become overwhelmed by huge resorts.

Lawrence Durrell was at the height of his
literary fame having been nominated for the Nobel Prize in Literature in 1962, after the publication of the Alexandra Quartet. Gerald revisited Corfu at this time.

Both Lawrence and Gerald were concerned by the over-development of the island and were very aware of how their books had played a part in the ever-changing landscape of Corfu.

Local people, however, welcomed tourism as a way to make a living that was less harsh than working on the land and in the olive groves.